The deliberate, time rich shopper of the past, to whom we market our stores, no longer exists. Quite the contrary, generally speaking, shoppers are time starved, distracted, and in some cases just flat out annoyed when they enter our stores. This new shopper increasingly finds ways to short-circuit the store plan, finding their items and moving on as quickly as possible, despite the retailer’s best efforts to induce the shopper into a long and deliberate visit.

Shoppers are trying to tell us something!

To amplify my point, there exists quantitative research in abundance supporting the notion that bricks and mortar stores are rapidly alienating themselves from the evolving shopper. Among several notable KPI’s (Key Performance Indicators), such as Dollars per Square Foot, Same Store Sales and Customer Counts are trending in the wrong direction for all except the very few that have strategically embraced the new shopping paradigm.

Dr. Herb Sorensen, who I consider the very best source of empirical knowledge on consumer shopping behavior, stated in one of his recent publications that the relatively short time the shopper spends in a retail store is mostly devoted to moving from point “A” to point “B” and not engaged with actual shopping at all. This is particularly true in larger foot print stores of 50,000 square feet and more. In fact, only twenty percent of the entire shopping trip involves the shopper facing the shelf and engaging in the purchasing process.

The implications of this information are profound. Retailers and their marketing partners spend annually $275 billion in the U.S. on advertising, marketing, and promotion initiatives. These monies generally are regarded as less than efficiently spent, due to a variety of reasons, but chief among them is that those funds are not reaching the shopper effectively at the shelf, when and where the majority of purchased decisions are made.

Retailers and brands alike now have access to new research techniques and resulting data that can help them re-think how they lay out their stores and categories. Ultimately, each retailer should have a Visual Strategy for its bricks and mortar stores. Much the same way a web designer uses Google Analytics to build and fine tune an efficient website, physical stores must be approached in the same way. 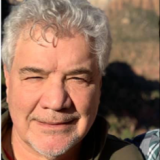 Mark Heckman is the CEO of Trius Retail, LLC and is a 30 year veteran of retailing in the Food, Drug, and Mass channels. Mark brings extensive experience in shopper research and retail technologies to Trius. He is past Vice President of Marketing at Randalls and Marsh Foods as well as Valassis Relationship Marketing Systems.